They're back! Now it's in Chelsea area.
I lucked out because the restaurant had just opened and people were still at work.  I happen to be alone on my way to rate a movie in the area.  There was another person waiting outside.
Slightly pricier than before but the place looks bigger and nicer.
I ordered the sushi and sashimi combination prix-fixed set.  As usual, they still serve really fresh seafood just like I ate in Japan. 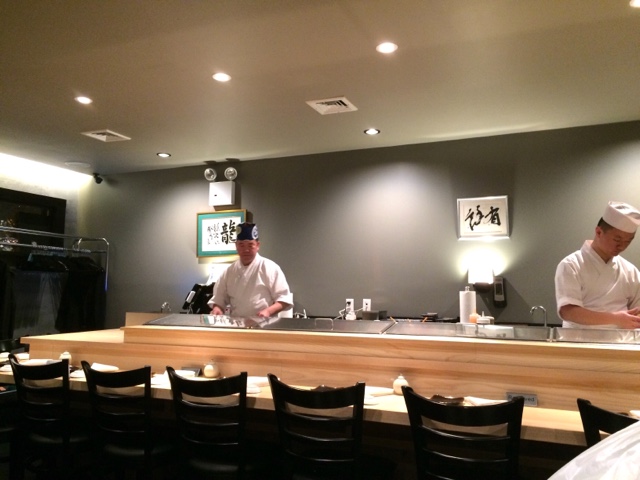 The new place where they prepare the sashimi a and sushi. 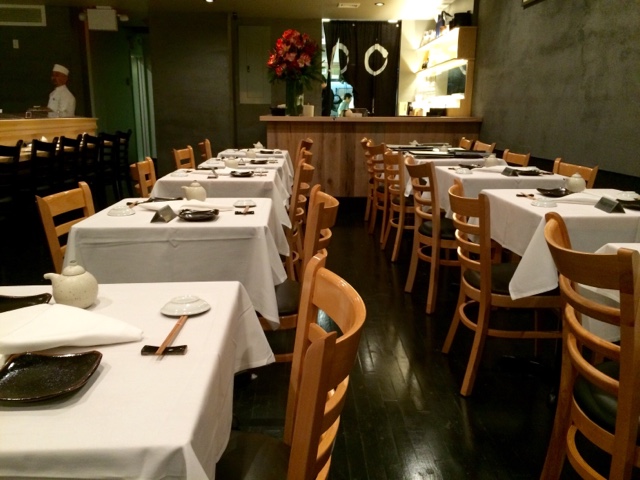 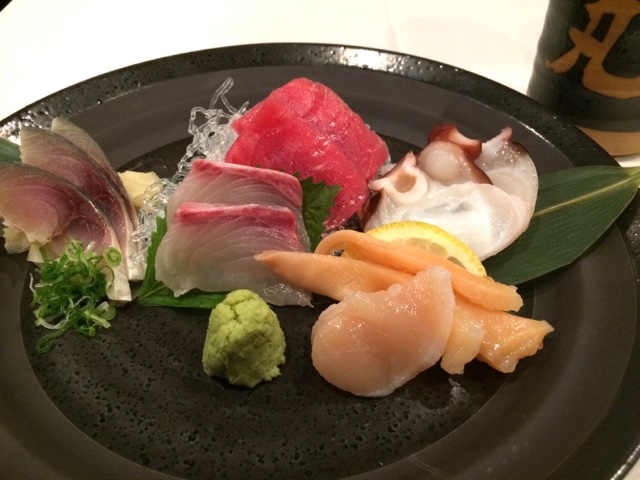 My sashimi plate as part 1 of my dinner 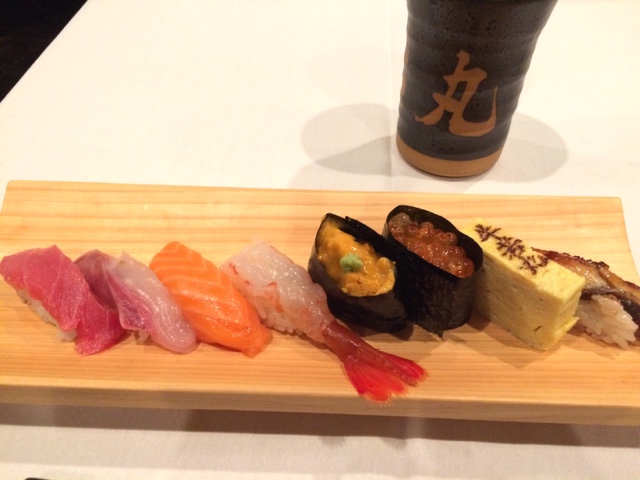 My sushi plate as second course.  I think this pairing of sashimi and sushi is a fairly good deal counting the pieces and what it would have been if you ate it alacarte.  Plus don't forget the quality.  That comes first in rating sushi!
#Ushiwakamaru
362 W 23rd St, New York, NY 10011
917-639-3940
Posted by foodyholic at 2:45 AM