In Good Taste - A Benefit for CITY HARVEST

Now serving New York City for more than 25 years, City Harvest is the world's first food rescue organization, dedicated to feeding the city's hungry men, women, and children.
IN GOOD TASTE - was the most recent event of City Harvest -Saks Fifth Avenue
and New York magazine which presented an unforgettable night of fashion and food to benefit City Harvest.

Presented by Fashion of the Vine Project by the Italian Trade Commission,
100% of proceeds benefited City Harvest and
Each ticket included a the same value for a Saks Fifth Avenue Gift Card to shop that evening only *
Here were some of the delectable treats we had for the night: 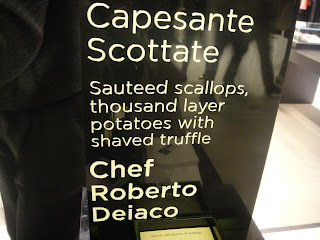 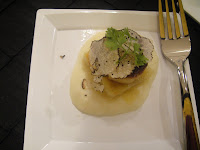 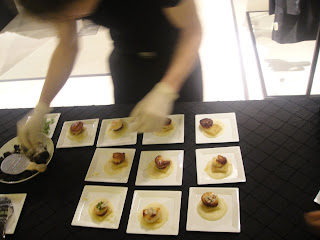 Chef Roberto Deiaco of Capesante Scottate sauteed scallops over thousand layer potatoes which was so tender with shaved fresh truffles on top. 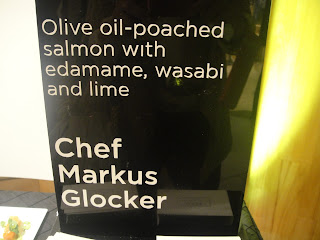 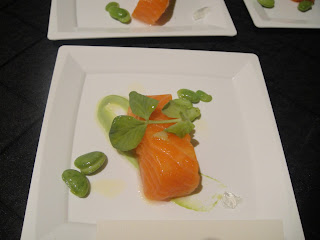 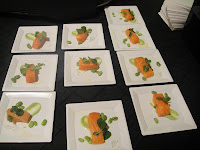 Chef Markus Glocker from MAZE - the restaurant in The London Hotel at 151 W 54th Street and a Gordon Ramsay inspiration, served us the above pictured dish.  Olive oil-poached salmon with edemame, wasabi and lime.
BELOW: Park Avenue Spring on 61st Street and Park Avenue was so creative in presenting their coned food.  They took some tree barks with holes in it to hold the cones.  The cones were so light and crisp. 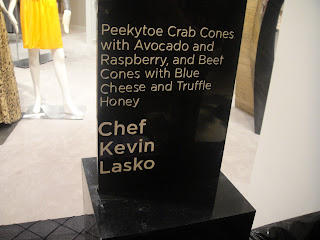 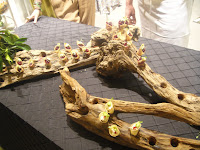 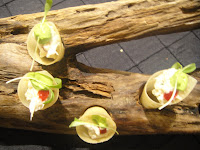 Above: Peekytoe crab cones with avocado and raspberry
BELOW:  Saks' Cafe Chef John Milito served us this sliced filet herb crusted of beef which was delicious! This restaurant is located inside the Saks Fifth Avenue store right on Fifth Avenue between 49th and 50th Street in New York City. 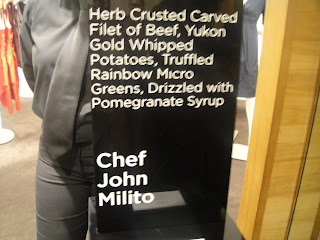 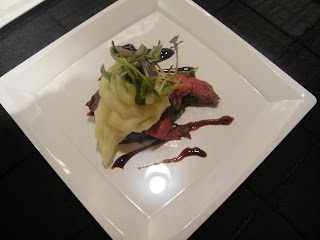 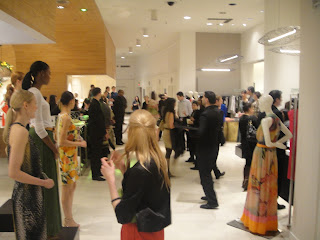 LEFT: Where the event in Saks Fifth Avenue took place. 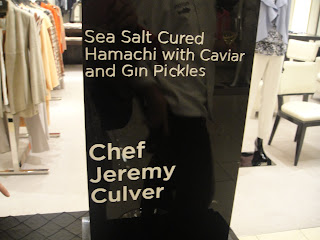 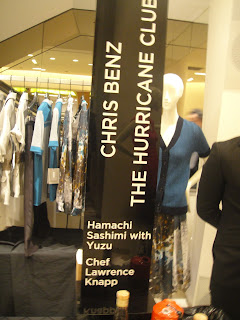 FULTON - Chef Jeremy Culver of Fulton Restaurant, prepared this sea salt
Hamachi with caviar and gin pickles.  Fulton is part of Citarella
and is located at 205 E 75th Street. I've been to his restaurant for lunch
where he had prepared blow fish.  The texture was more like chicken.


BELOW:  From Sant Ambroeus were a mignon of desserts including their signature cookies.  Sant Ambroeus have 2 stores in Manhattan: 1000 Madison Avenue and 259 W 4th Street in the West Village.  They also have a branch in South Hampton, Long Island.  (All of which I've been too) In the West Village, they serve brunch, light lunch, and gelatos. 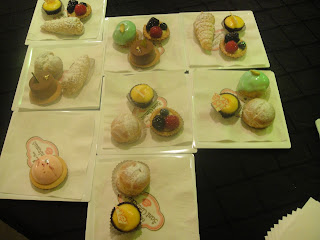 Several great restaurants of the city participated in this event.  Above represented some of the delectable treats of the evening.  It was a good feeling to help the cause and at the same time enjoy a feast. While Saks provided us a gift card to shop!  It was a triple whammy night!
Posted by foodyholic at 3:39 PM

What a wonderful community event!

What a wonderful community event!

I work at Cafe SFA but was off the night of that event and was disappointed I was not able to make it there with my camera.
A great event and i like your reportage.