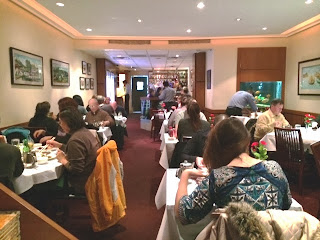 Tonight, as suggested by my friend, I went to try the Peking Duck at Chef Ho's Peking Duck & Grill.  Because the purpose of my visit was to have the Peking Duck, I was dreaming of something even better than where I usually go to in Chinatown as she persuaded me.

I was disappointed because the duck came already all cut up and the skin was not crisp except for the dried parts of the leg.  It was very fatty too. 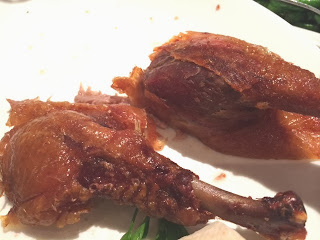 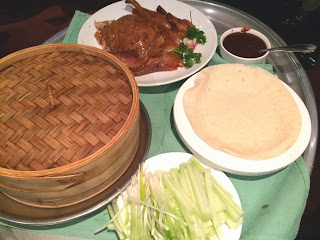 As you can see, the duck was served already carved and look how the drumsticks are very dry.  And when it was served, it was cold.  I don't know if it got cold from the cold cucumbers and onions, but I've never had it served that cold before.

The saving glory for the night was their friend rice and green beans: