One of my go to stores for authentic food from Spain in D’España locates in SoHo area of NYC - because I live in NY.  One of the reasons why I love living in NYC, because it’s the melting pot, many foods are very authentically imported from whichever country you can dream of.  You just look for it.  Also it’s a great place to have a staycation after you’ve learned from your vacation. 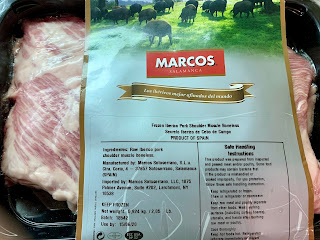 Above is the pork I bought from one of my go to Spanish stores in the city specializing in Spanish food locates in SoHo.  I bought this @D’España on Broome Street. 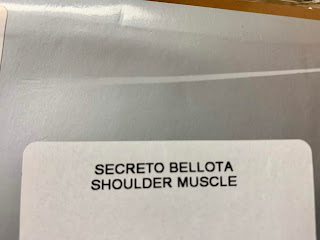 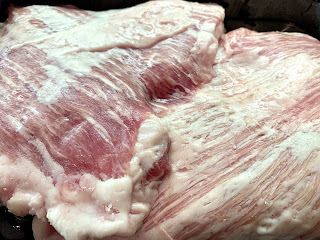 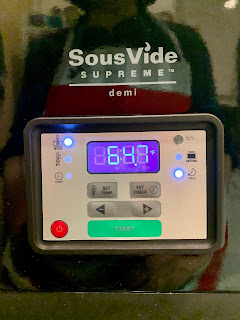 This is my @Souvide machine that I have not used much and now finally learned how to operate it!

I seasoned the pork with salt, pepper, and garlic powder.  Placed each of the pieces to fit the bag and sealed it.  I then out it in the #Souvide machine at 135 degrees Fahrenheit for 3 hours.

Removed it, and open up the package I wanted to use and seared it quick on a very hot steel pan.  Because this is the wagyu of pork, it also has plenty of fat in between the meat so I did not need to put any oil or butter in the pan.  Probably seared it for a minute on each side.  I cooked the pork in the machine for 3 hours at 135 degrees Fahrenheit because I wanted the meat to be pink but not well done or rare. 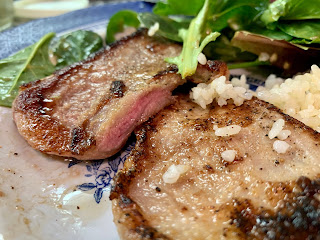 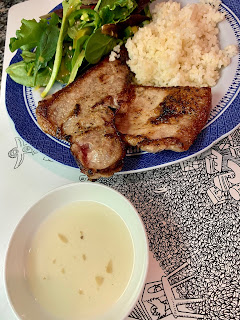 Below I decided to broil the meat to see if I would get a nice charcoaled burnt finish like the one I seared in my steel skillet.  Maybe I should have put the meat closer to the top to broil it faster. 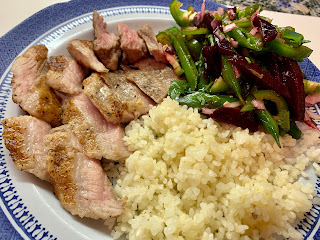 The salad is made of blanched snap peas I sliced diagonally, slices of roasted beets,, sliced jalapeños, and some crumbled Gorgonzola cheese served with Aged in Barrique white vinegar by DODI, olive oil, and seasoned with salt and pepper. 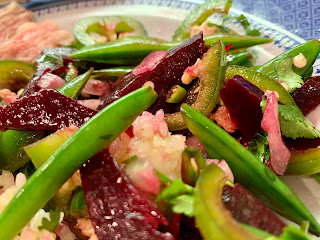 I happened to have #Bomba rice in my pantry, so I prepared that cooked with olive oil seasoned with salt and garlic powder.

The proportions are up to your taste.  This is truly a wonderful dish!  And that pork is the best pork!  Maybe I will try the @Mangalica or #Mangalista pork next time!
Posted by foodyholic at 4:51 PM