I had Blackboard Eats coupon for 30% off for Cantine Parisienne that I've been wanting to try.  The coupon was good for the table up to 6 people!

Cafe Parisienne is located inside a hotel by Little Italy bordering SoHo.  It is also called NOLITA area - short for North of Little Italy. 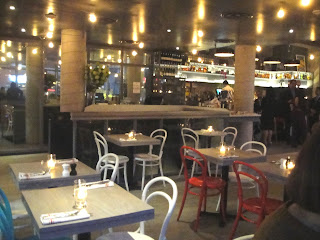 The place is modern, sleek ,with cafe chairs as opposed to old antique French.  The servers we've had so far were both French.  The Chef is French as well. 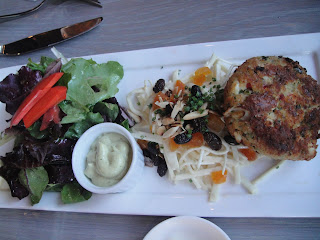 Crab Cake with a light cabbage salad and greens served with a tangy sauce.


I like this restaurant because it reminds me of Paris.  It's casual, it's not pretentious, and the price is reasonable.