No doubt this is a class act food court! And what a view!! 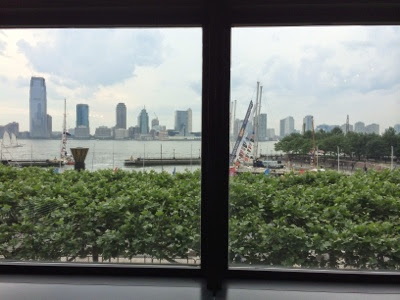 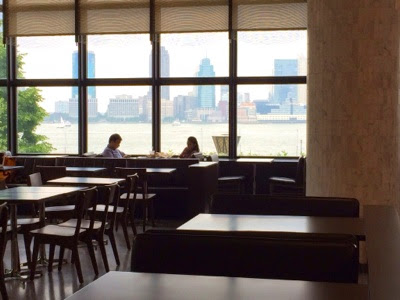 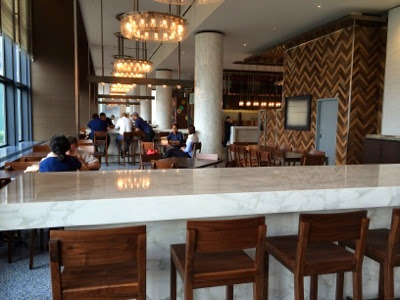 The collective stalls providing the food are some if my favorite go to places.  Hence, I am reviewing 2 of the food places I have never been to.
First is an obvious place because their restaurant is located in Long Island. 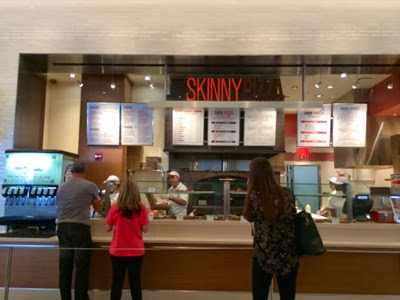 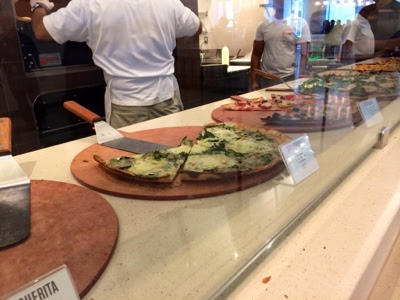 With the array of pizza that are wafer thin, I decided to try their Margharita to judge it from past versions.  My conclusion: 'Love it!
Next I went to Mjghty Quinn's - originally a BBQ place in Williamsburg, Brooklyn which later opened in East Village.  I have had brisket from several competitors in Manhattan so of course this is what I had to try! 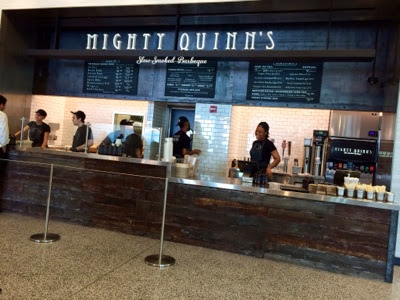 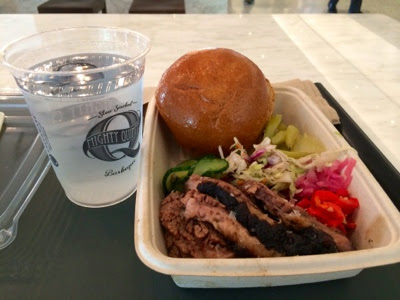 For under $10 I get a good amount if juicy delectable brisket which passes my taste buds!  With it I asked for several of the pickled vegetables including peppers with it.  My brioche bread was separate to my request because I am staying away from a lot if carbs lately. 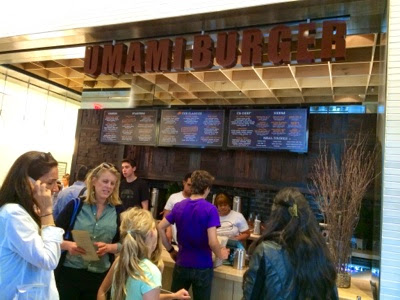 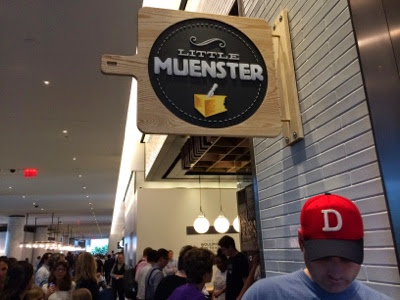 It's just been a few days since they opened.  I heard that lunch time was very busy.  I am here at an odd high tea schedule and slowly the crowd js building up.
My take on this is it will be a successful food court.  And with the 911 Memorial nearby, it will be very crowded.  So try it now while there's less traffic.
I remember when I first blogged about the Plaza Food Court - and 3 years later, the place is a zoo.
I can't wait for Le District to open later this year.  It will be a version of EATALY in Flatiron area except it's French.
HUDSON EATS
250 Vessey, New York, NY
Posted by foodyholic at 4:30 PM